Being one of the world’s oldest Terrier breeds (some say the oldest), it comes as no surprise to find a good selection of nice early cigartette cards, going right back to an old favourite set of mine, Goodwin & Co (New York) 1890. The name, as was so often the case, is spelt incorrectly (Dandy).

The UK’s first Tobacco Card came ten years later from Taddy & Co (London) 1900. 13/50. Taddy’s are the „Penny Blacks“ of the Cigarettes Cards world and the „Dogs“ series is no exception. Despite their high price (L25+), I have to say that I have never found this series difficult to find, not even the Dandie card!

One card that I find just impossible to get hold of is from the series titled „Characters from Scott“ and insued by Cope Bros. & Co Ltd (Liverpool) in 1900.

As most readers will know, the breed got its name from Walter Scott’s Waverley Novel, „Guy Mannering“ – Dandie Dinmont being a Border Hill Farmer:.

Card 5/50 shows the man himself, with a moteley collection of Terriers, which bear closer resemblance to Border Terriers than Dandies! Despite its „modest“ catalogue value of „only“ L12, it just never seems to turn up.

Will’s Australia also issued the Arthur Wardle „Dogs Heads“ large-size cards, a series more usually associated with John Player & Sons. Issued in the same year as the Player’s set (1928), the export cards are smallwer in size, with Wills credit in the corner and again with the spelling Dandy! 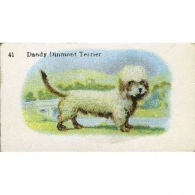 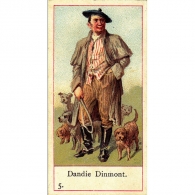 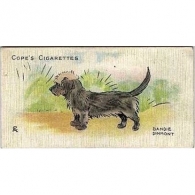 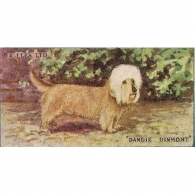 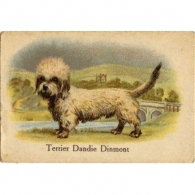 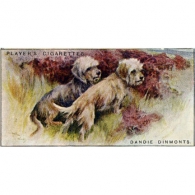 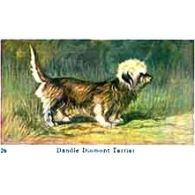 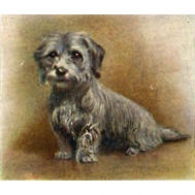 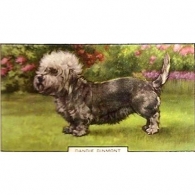 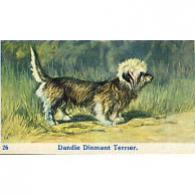 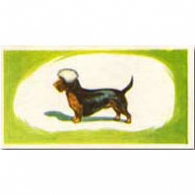 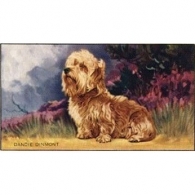 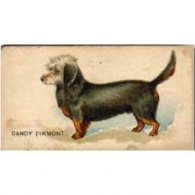 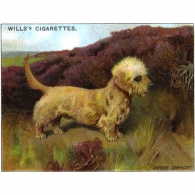 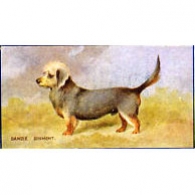 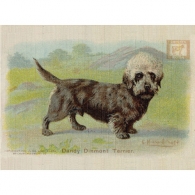 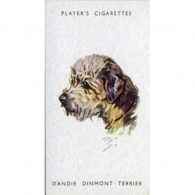 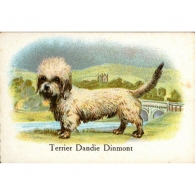 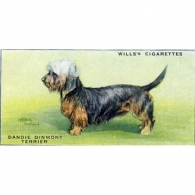 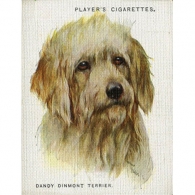 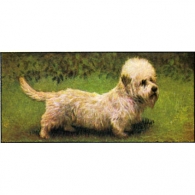 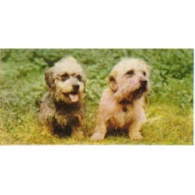 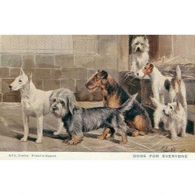 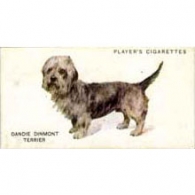 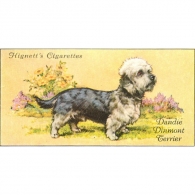 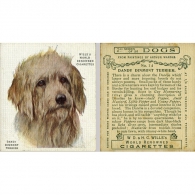 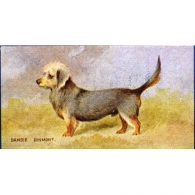